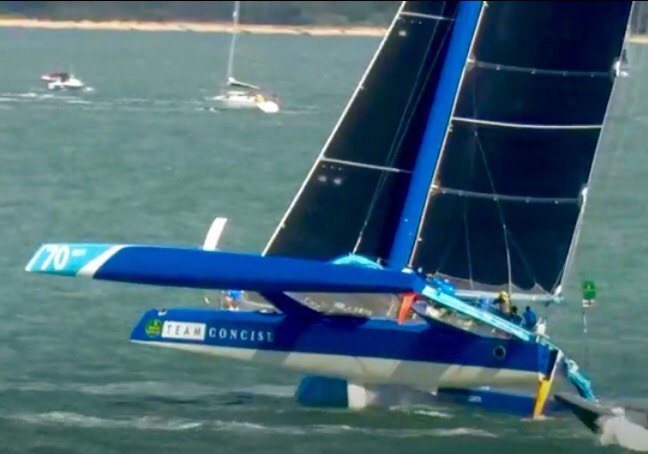 When asked by Rachel Smalley of NewstalkZB if monohulls would be as stunning as catamarans, Orams replied: “Certainly they can

Citing the example of the Vendee Globe, round the world race he said “It is the single sailor round the world race, last year, in the race the front competitors used the same foiling monohulls and fascinated the whole yachting world. They are extremely fast, dramatic and very, very powerful.

“The best thing from the point of view of Auckland is that they are versatile a lot and they are able to sail in a large range of weather conditions. The catamarans, which they used in the race in Bermuda, had reasonably narrow wind range, and they struggle a lot on the strength of high wind.”

“Even in the month of January and February, we can have really good and strong conditions for sailing and”

The monohulls are more suited and versatile to Auckland.”